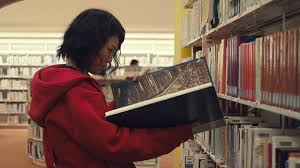 If there is one thing I would recommend before seeing Kumiko, The Treasure Hunter, it’s actually best to know as little as possible about the true story that it’s based on.

I saw the trailer for the film in February and was fascinated with the premise and portrayal of the quest of a Japanese woman, Takako Konishi (Rinko Kikuchi), to find the money buried in the movie Fargo, which she believed was real.

Watching the film with only that little bit of information in the back of my mind added to the mystery of it and Kumiko’s character as she is seen working in an office in Tokyo while plotting how she will travel to the U.S. to find her treasure.

Interestingly the filmmakers, David and Nathan Zellner, were able to keep away from media coverage of the story they were telling so it wouldn’t influence their creativity while they completed the project, according to an article from Indiewire.

The Zellners, who are brothers living in Austin, started their script for Kumiko in 2001, a year that does coincide with the true story. While they did want to stick to the facts and portray Konishi as an accurate character,  the Zellners also wanted to tell the story in their own way.

They also took their time – 10 years – developing the project. Some of the delay was voluntary, some not, but it proved to be a benefit for the Zellners, who premiered the film at Sundance last year and earned critical acclaim.

Once the film was over, my mentality (temporarily) switched from not wanting to know anything to wanting to know everything about the story. I wanted to know more about Kumiko’s character and why she thought what she saw in the movie Fargo was real and that it was her destiny to find it. Now, having thought about it for a day, I am satisfied with the mystery and unknowns the Zellners presented in the film while appreciating their technique in cinematography, writing and storytelling.

The film was made both in Japan and Minnesota and the transition from one location to the next and the differences between the cultures exemplified Kumiko’s struggle as she tries to find her treasure and — ultimately — happiness.

Visually, the composition of scenes with Kumiko in Tokyo compared to the sudden stark winter landscape she faced, seemingly without fear, was stunning to watch.

Music, by The Octopus Project, added to the haunting components of the film and overall the instrumental soundtrack was fitting to accompany Kumiko on her journey.

There was a small amount of humor in the film, but for the most part I found it to be sad and dark and hard to watch at times, even with the way the Zellners chose to portray the end to the story.

I know I’ve said it before, but movies can be a escape, especially for me. Kumiko, The Treasure Hunter is easy to get lost in and think about what the journey was like for her and the people she did meet along the way.

Maybe this is all too much information about the film and true story anyway, but keep an open mind about it and I definitely recommend seeing it. It turns out it is doing well in the theater and there will be at least another week of shows in Minneapolis.