Heyyyyyyyyyy berriesI I need a new word to call my buddies and I like fruit, so let’s make this catch on.

That is if you’ll still talk to me after I reveal I didn’t watch the Oscars last night.

Believe it or not, I enjoy a good deep dive on Twitter and coverage from The New York Times and Grantland more than the show itself. 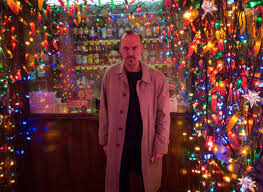 I was actually surprised Birdman won over Boyhood in the best picture category, even though there was solid buzz about Alejandro G. Iñárritu’s film. Iñárritu also won for best director and original screenplay and the film was recognized for its cinematography. Micheal Keaton should have walked away with recognition for his performance too, but he lost to Eddie Redmayne in The Theory of Everything. I still haven’t seen that film, but Keaton’s performance was one of the positives of Birdman for me and he deserves payback from when he wasn’t nominated for Mr. Mom years ago.

There wasn’t a huge sweep by one of the winners this year, which is rare. Whiplash did prevail in the sound editing and supporting actor categories so I am happy about that and hope that even more people see the film now. i think comedian wonder Daniel Van Kirk said it best on Twitter last night, “J.K. Simmons is my tempo.”

Now that the Oscars are over, I still do want to take some time to catch up on seeing the animated films and documentaries that were nominated.

I have to be in a certain mood to watch documentaries and really take in the subject at hand. I never would have expected it, but yesterday my mood was one where I felt I could make it through Blackfish and not have a total breakdown. 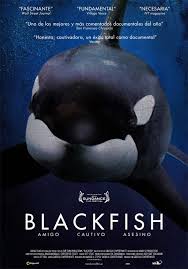 The documentary (released in 2013) was showing at the movie theater I work at, but I just couldn’t bring myself to see it. I saw parts here and there while I was working, but I just knew it was going to be a sad and a frustrating story without a positive outcome.

At just under an hour-and-a-half, the film effectively covers details about the Killer Whale species, their captivity and treatment at theme parks like Sea World as well as what it’s like to be a trainer there.

It also focuses on one whale, Tilikum, who was treated maybe the worst of all the whales at Sea World and some trainers lost their lives or were injured as a result. I am appreciative the film shed light on a story a lot of people may not know about, but I am also frustrated it is a story that even needed to be told.

I do recommend the film if you can somehow prepare yourself for that feeling and being reminded about all the bad things that are going on in this world every day.

I wish I had something positive to turn to now, but last week I heard one of my favorite comedians, Harris Wittels, died. He was a writer and producer for Parks and Recreation (which just ended as a series) and a regular guest on many podcasts I listen to. 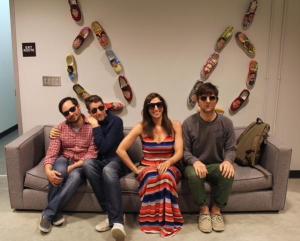 I never got to see Wittels perform as a stand-up comedian but, as I’ve heard many people say, I feel like I did know him from listening to his improv bits and interviews. Most of my exposure to Wittels’ work was through Comedy Bang! Bang! Scott Aukerman just released the latest episode, which happened to be recorded with Wittels, Adam Scott and Chelsea Peretti about a week before Wittels passed away. I definitely recommend visiting the Earwolf site for more archives of Wittels’ podcast appearances.

Marc Maron and Alison Rosen posted their most recent interviews with Wittels for listeners to hear again or for the first time. Even though Wittels died too young, at age 30, and clearly had a wonderful career ahead of him, listening to these interviews did make me laugh. It’s very bittersweet.

Well, this is just getting more and more somber. How can I pick things up?

I know, here’s a funny cat video on Funny or Die.

Bye berries! (Has this caught on yet?)

“Beep boop boop” is the message that comes up while WordPress is opening a new post window. I couldn’t think of a subject for this post, so it will have to do.

I am beyond saying I am behind on my blog because I haven’t posted in so long. I will just consider this, hopefully, a starting over point to keep up with it and move on. 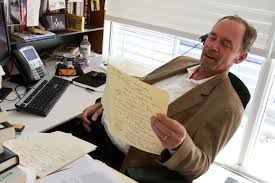 Before I get to all the movies I’ve seen and want to see and the upcoming Academy Awards, I must touch on sad news in the journalistic world that ended the week. David Carr, a media columnist for The New York Times, died on Thursday in the newsroom at age 58. I got to see him speak at the Minnesota Newspaper Association convention a few years ago and just loved all his commentary and seeing him on assignment in the documentary Page One: Inside The New York Times.

I was too shy to introduce myself to him at the convention, and knew I would be. I was comfortable listening to him and admiring him from afar much like I felt reading his work every week. He will have a legacy that lives on in that but he definitely left this world much too soon.

That is all… wait, no, The Oscars are on the way on Feb. 22. Last year they weren’t until March 2. I guess I’ll just have to wear skinny jeans and a hoodie that day because there is definitely not enough time to find a gown appropriate for the red carpet at H&M.  I only have three of the best picture nominees left to see, Selma, The Theory of Everything and The Imitation Game, so I may actually be able to finish that category on my Oscar ballot if I see a couple this weekend.

It seems clear Boyhood will make a sweep at the awards show, and rightfully so. I saw the film when it came out last summer and appreciate the mix of a simple story about a boy growing up and his family life on screen knowing in the back of my mind nothing about how it was made was simple. As many people probably know it was made over 12 years to reflect the actors growing up and aging much like the characters in the film. And, from what I can tell, although certainly there is a lot of buzz about the project now it was done with little fanfare or attention-seeking.

If it weren’t for Boyhood I’d love for Whiplash to take the best picture statue. it was definitely my favorite of the eight nominees and I’m tempted to see it again before the big show and it leaves the theater. I work one of the theaters in the Twin Cities that is showing it right now and get to hear snippets of the jazz music blaring through the halls, especially during the final scene of the film, and it’s fantastic.

The rest of the nominees are a mix of fiction and films based on true stories.

I did not like Birdman as much as I thought I would, and I’m not entirely sure I understood it, but the acting makes up for it and Oscar nods for Michael Keaton and Emma Stone are just.

I saw American Sniper to learn more about the story of Chris Kyle. It’s obvious there is more to it than the movie could tell, or Clint Eastwood chose to focus on, but the film itself didn’t impress me either way. The acting was middle of the road and I don’t think, as a movie, it is deserving of any accolades.

I wonder why Foxcatcher didn’t make the Best Picture nominee list. I enjoyed the film and unlike American Sniper, the acting across the board by Steve Carell, Channing Tatum and Mark Ruffalo was solid and compelling. Each actor seemed to embody the men they played and the film drew attention to a story that people might not know a lot about. I, for one, did not and I will say Bennett Miller’s depiction of it reminded me a lot of his work in Capote. It was very stripped down and raw and focused in-depth on the characters. Somehow it left me wanting more at the same time, but maybe that’s because the directing and acting was so good I just wanted to watch more of what could be done with the story.

And last but not least, of the best picture nominees I have seen, The Grand Budapest Hotel made the cut. It won’t win and I remember reading there was a divide in feelings about the film from Wes Anderson fans. Maybe I’m not critical enough to delve into Anderson’s work, but he took it up a notch with his visual depiction of the story in The Grand Budapest Hotel and of course it’s always great to see his regular cast of characters like Bill Murray and Jason Schwartzmann have their small roles mixed in with newcomers like Tilda Swinton and Harvey Keitel.

I’m behind, as usual, on seeing the feature-length documentaries among the nominees, but I did catch a showing of the animated short films this week.  My favorite was The Dam Keeper about a young pig charged with operating a windmill dam that needs to run to protect his small town from pollution. He befriends a fox in his school and the story also focuses on their friendship and it was a adorable.

Speaking of adorable, I was recently alerted to a story about how Jimmy Fallon and Nicole Kidman met years ago and she apparently was interested in him. I was smiling and laughing so hard during the video of them talking about it on his show, it made my cheeks hurt. Jimmy Fallon is just all around adorable and this is why. 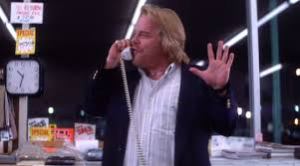 It turns out that “Punch-Drunk Love” was a perfect movie to watch in remembrance of Philip Seymour Hoffman.

To be honest it is one of the few films he is in that I could find on Netflix streaming and I am not quite ready to commit to revisiting “Capote.” I haven’t seen nearly enough of Hoffman’s performances, but his portrayal of Truman Capote is one of my favorites. I easily could have played the DVD tonight, as it sits on the shelf next to my desk, but I needed something a bit more uplifting.

“Punch-Drunk Love” fit the bill for the most part, even though it is at times unsettling to watch the internal struggles of Adam Sandler’s character (Barry Egan) on screen.

As Egan works through psychological problems and the unexpected aftermath of calling a phone sex line, he falls in love with Lena (Emily Watson).

Hoffman steals scenes as Dean Trumbell, the owner of a mattress store that is a front for the phone sex line. It’s hard not to love him in the role and laugh in the few scenes where he is screaming expletives and “shut up!”

“Punch-Drunk Love” was Hoffman’s second-to-last film with writer and director Paul Thomas Anderson, who most recently cast the late actor in “The Master.”

I obviously didn’t know Hoffman, but I think he’s the type of actor who builds a connection with his fans through becoming each character on-screen and bringing his own ideas and experiences to each role.

Sadly, he had many more projects in the works that will never be complete.

Since his death many critics have said Hoffman, even with his catalog of acting, writing and directing dating back to the early 1990s, was just getting to his prime and definitely had a lot more to offer.

All that can be done now is to appreciate the gift he shared with all of us and respect the person he was.