I love watching old movies my family used to play on VHS after recording them from TV. Now with the ubiquity of Netflix or even rentals from the library, those classics can be at your doorstep in a day for a modern movie night.
Last night’s choice, The Great Outdoors is, as my cousin David would say, “the cat’s ass.”
Anyone who has seen the John Candy/Dan Aykroyd caper would respond to that with, “thank you for sharing that, thank you.”
Such lines have stuck with my family’s vernacular over the years and watching the movie again last night also brought to light tidbits of it we didn’t remember or notice during past viewings.
First things first, if for some odd reason you have not seen The Great Outdoors it’s about Dan Aykroyd and his family crashing the cabin vacay of his brother-in-law Chet, played by John Candy.
Or as described on IMDB, “A Chicago man’s hope for a peaceful family vacation in the woods is shattered when the annoying in-laws drop in.”
Roman (Aykroyd) drives up to the northwoods in his posh Mercedes with personalized license plates while Chet and company travel in the family truckster, a Wagoneer. That vehicle factoid makes the movie even more of a favorite, seeing as my family had both a Mercedes and a Wagoneer during my childhood.
The cabin in The Great Outdoors reminds me of those we used to rent during the summer and nights of playing games or going out to local restaurants.
There was never an old 96er steak (people seem to like it) or bald-headed bear, but that is what watching The Great Outdoors is for. I could live without the cheeseball scenes between Buck and Cammie and the constant accompanying track of a Hungry Eyes knockoff, but I guess those are requirements for a movie from the 1980s.
Next up on the family film agenda this weekend is Fletch, so stay tuned for more posts about oldies but goodies.
I think that just about does it.

Hey hey Cinema Conversations fan club, it’s almost Wednesday which traveling back in time to my late high school and then college years would mean I’d probably be watching Dawson’s Creek at this time of night (or there would be a VHS tape all set to record it). The show was not nearly as good as say Felicity or Gilmore Girls, but I still managed to catch every episode. Maybe you’re not in my fan club anymore, but if you are still reading I know now all those hours of the Pacey/Dawson/Joey drama were worth it because the show introduced the world of Hollyweird, and me, to Michelle Williams.
As a fellow child of the ’80s, I admire Williams’ rise from the WB to the big screen in Oscar-nominated films and quirky indie fare. If I could be or wanted to be an actress, I would try be one like her.
One minute she’s Cecil in The Baxter (love), the next she’s Cindy in Blue Valentine (also love, even though it’s SO depressing) and most recently Williams took on the iconic Marilyn Monroe in My Week with Marilyn.
The role, which focused on Monroe while the actress filmed The Prince and the Showgirl with Sir Laurence Olivier in 1956, earned Williams one of three Oscar nominations. (They also include Blue Valentine and Brokeback Mountain).
In particular, the story is about the fleeting relationship Monroe develops with Colin Clark, a young, naive employee on the movie set.
Clark’s diary of his work on the film, according to Rotten Tomatoes, was published 40 years later without the scoop on his week with Marilyn Monroe. Eventually that too was published and was the source of Simon Curtis’ 2011 film also starring Kenneth Branagh, Eddie Redmayne and Julia Ormond.
Clark, in his early 20s, worked his way into a gig at Olivier’s studio as the crew there prepared for The Prince and the Showgirl and Monroe’s arrival to the film set.
That scene in My Week With Marilyn turned the film around for me because it started to develop the story more and allow the viewer to know more about the characters.
Marilyn Monroe is an iconic Hollywood image and it’s a bit surreal to watch a movie about the making of a movie she starred in even before her career boomed with Some Like It Hot.
It’s also educational to learn about the struggles in Monroe’s life and about what she was like as a person, not an actress. Monroe was constantly late on set, had trouble remembering her lines and medicated herself with drugs and alcohol.
But Clark was able to help her through it when no one else could and in turn had the once in a lifetime experience of connecting with Monroe.
At times the story in My Week With Marilyn was a bit unbelievable, but I think that was more of a minor flaw of how the film was made, not the true lives it came from.
Overall the film captures one week in the life of Marilyn Monroe that no one would otherwise really know about. (I am intrigued to read Clark’s book now.)
Perhaps there will be movies made about Michelle Williams one day. Whether or not that is true I am definitely going to keep up on her to-dos. Up next: Take This Waltz on June 7. Can’t wait! 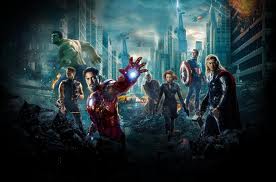 It’s the weekend, and if it weren’t so darn nice out I’d check myself into the movie theater for some serious cinema therapy. I do have Take Shelter to watch, as it has shamefully been sitting by my television for weeks on end, but first I will catch up on documenting The Cabin in the Woods and The Avengers.
The Cabin in the Woods has been out long enough in theaters that the secret about what’s “inside” may be out for everyone, but if you haven’t seen it don’t read anything about the film and get your tickets now.
Before the film’s release I suspected it would leave me awake at night for weeks like most horror movies do. In fact, it wasn’t scary at all and I like it. I’ll take the sequel (I am sure there will be one) to any more of the frightful Paranormal Activity franchise any day. The movie-within-a-movie style, plot twists and fancy visual effects had me glued to the screen and I didn’t even shut my eyes in fear once.
So, as soon as the sun goes down on this glorious day what else are you going to do but go to the movies? If you have the time, I recommend kicking off the summer blockbuster season just right with a double feature of The Cabin in the Woods and Marvel’s The Avengers. Then go to the Marvel Bar and discuss over cocktails!
The films have some similarities, the main one being Joss Whedon is a writer and the producer for The Cabin in the Woods and the director and a writer of The Avengers. If you’re not a fan of Joss now, you will be. If nothing else, ladies, you’ll get a double dose of hunk-of-burning-love Chris Hemsworth since he is a star in both films.
It would really be a sight to see if all the characters in The Cabin in the Woods and The Avengers (there are A LOT) were to fight each other to really prove which film is better.
That may be the only way to determine that fact because the scripts, casting, action and the acting are all just right. My only complaint about The Avengers is it is a little too long, especially the final fight scene, but it still held up in entertainment value for those extra 30 minutes.
So there you have it, I hope these movies can tie you over until what we’ve all been waiting for. Have you seen the latest The Dark Knight Rises trailer? Oh, the anticipation.